Been back playing Oblivion and found it is so much more stable than Skyrim.
The shame is that Skyrim has more mobs that allow for for more PC to NPC interaction.
Plus you can extend a relationship.

If Skyrim was more stable, I think a lot more people would play it, as it seems a lot have done as I have, Gone Back to Oblivion. 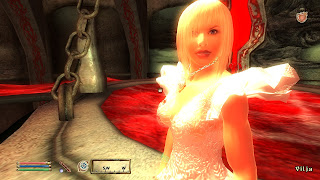 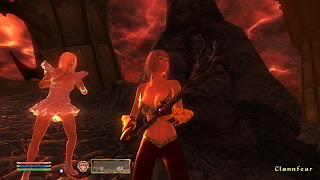 One issue that I do have, but can be ignored as it isn't a game breaker, just a pain at times, is material clothes, like leather armour, some robes and tops and trousers bleed out.
It is mainly stock clothes that do it, not modder clothes.

It is mainly due to the fact that I am a Win7 and modern GFx card. The Game doesn't even know what my card is as the game is a couple of years old now.
Posted by Unknown at 10:09